Please see below for information on our past productions:

For more information about our principal singers, please click on their name. 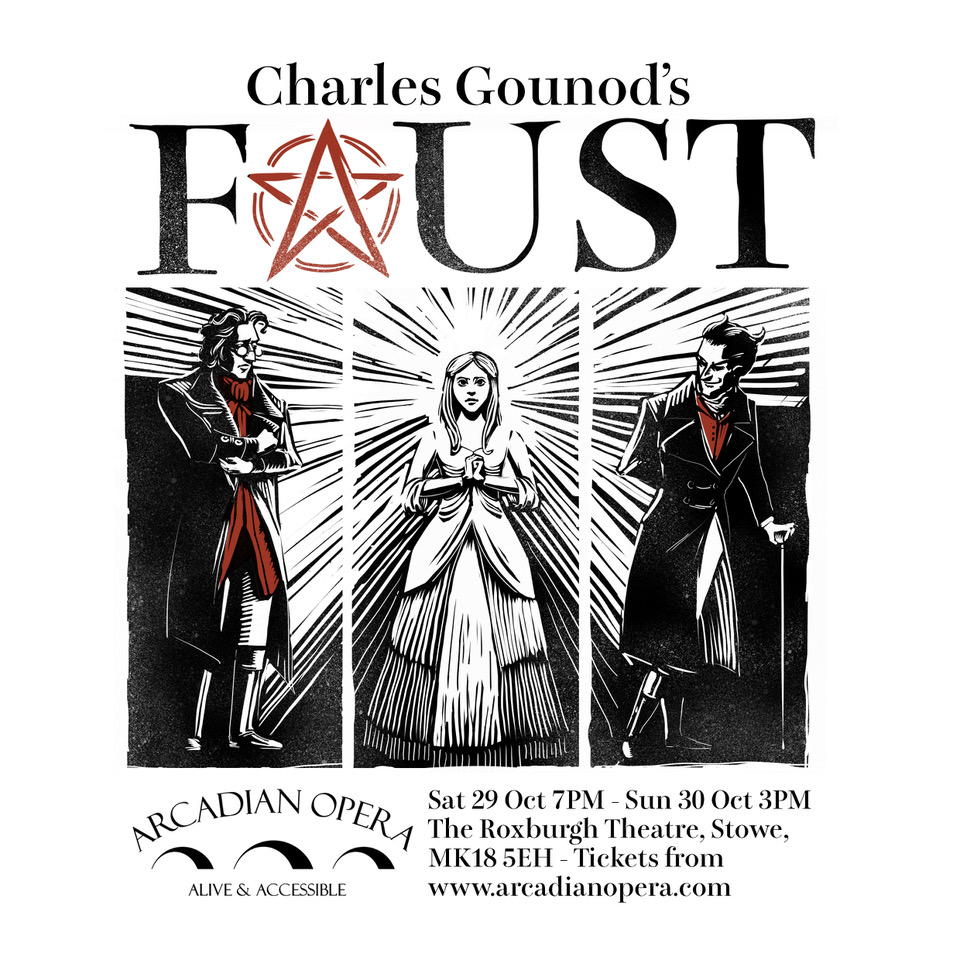 Arcadian Opera wowed  audiences  with their  production of Gounod’s rousing and phantasmagorical opera FAUST on 29 and 30 October 2022. Filled with popular choruses and arias FAUST was performed by emerging successful professional opera singers, who were supported by the Arcadian chorus, orchestra, and dance company. 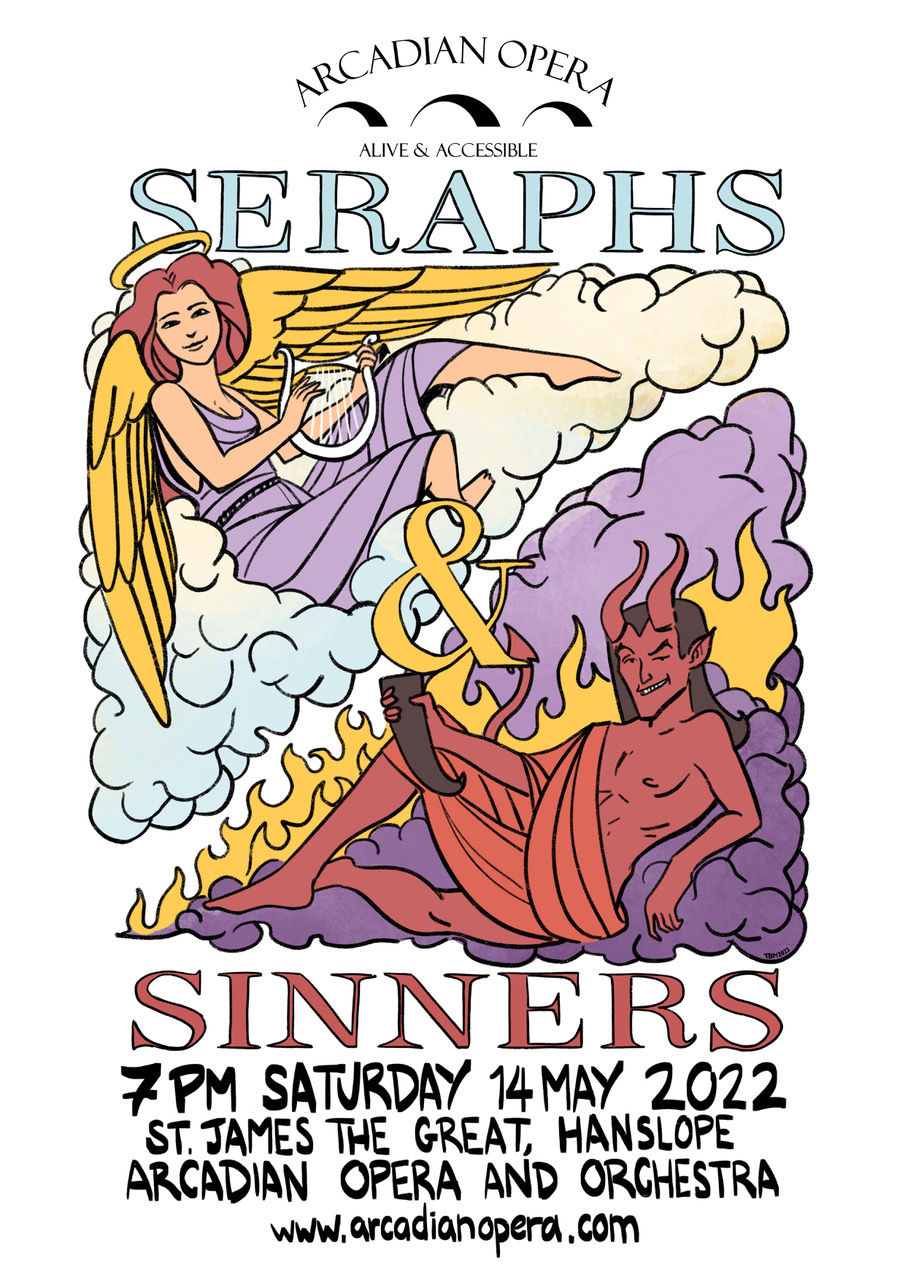 In May 2022 Arcadian Opera performed to a packed out audience of several hundred in St James the Great, Hanslope.  Performing some favourite opera choruses as well as some more little known, but no less dramatic and memorable pieces, Arcadian Opera were gratified to have been joined by some of the outstanding operatic singers of our generation.

The audience were in turn delighted by The Jewel Song from Gounod’s Faust sung with effervescent joy by soprano Alison Roddy; filled with awe and totally captivated by Rebecca Bottone’s rendition of  Let the Bright Seraphim from Handel’s Samson and enchanted by Bonaventura Bottone’s performance of the cavatina Salut! from Gounod’s Faust. They sang several other outstanding opera favourites in which they were joined by the talented young artists Thomas Isherwood, Charlie Baigent, and Sebastian Stride. 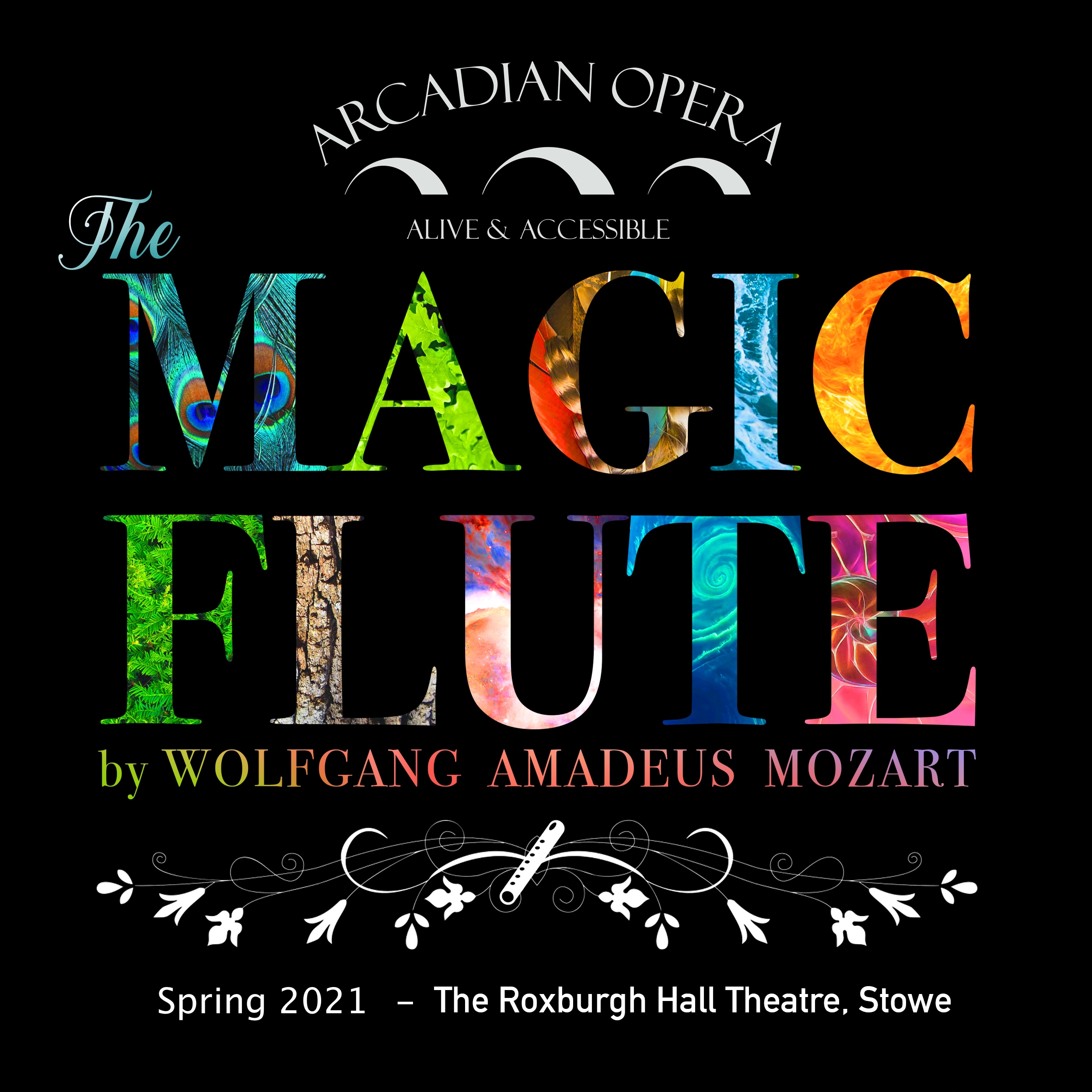 On 23 and 24 October, 2021, Arcadian Opera produced a colourful and fun packed Magic Flute.  With wonderful professional principal singers, a full orchestra and a very strong local chorus the opera was supplemented by the ethereal voices of talented local teenagers as the three guiding spirits, while their corporal entities were represented by three spectral wraiths with glowing wings – classical ballet dancers.  Papageno was accompanied by three small dancers as birds and the Papageni conjured up by Papagena were represented by several more local children, all thrilled to be taking part in their first operatic production.  The whole was enhanced with a backdrop of original hand painted, moving projections adding an additional element of surprise and wonderment.

The audience were extremely complimentary, some of our keen opera goers saying it was the best Magic Flute they’d ever seen,  and, although making a small country based opera company financially viable doesn’t get any easier, all the happy customers and performers alike make it worth the struggle.

Dancers supplied by The Attitude School of Dance, Milton Keynes 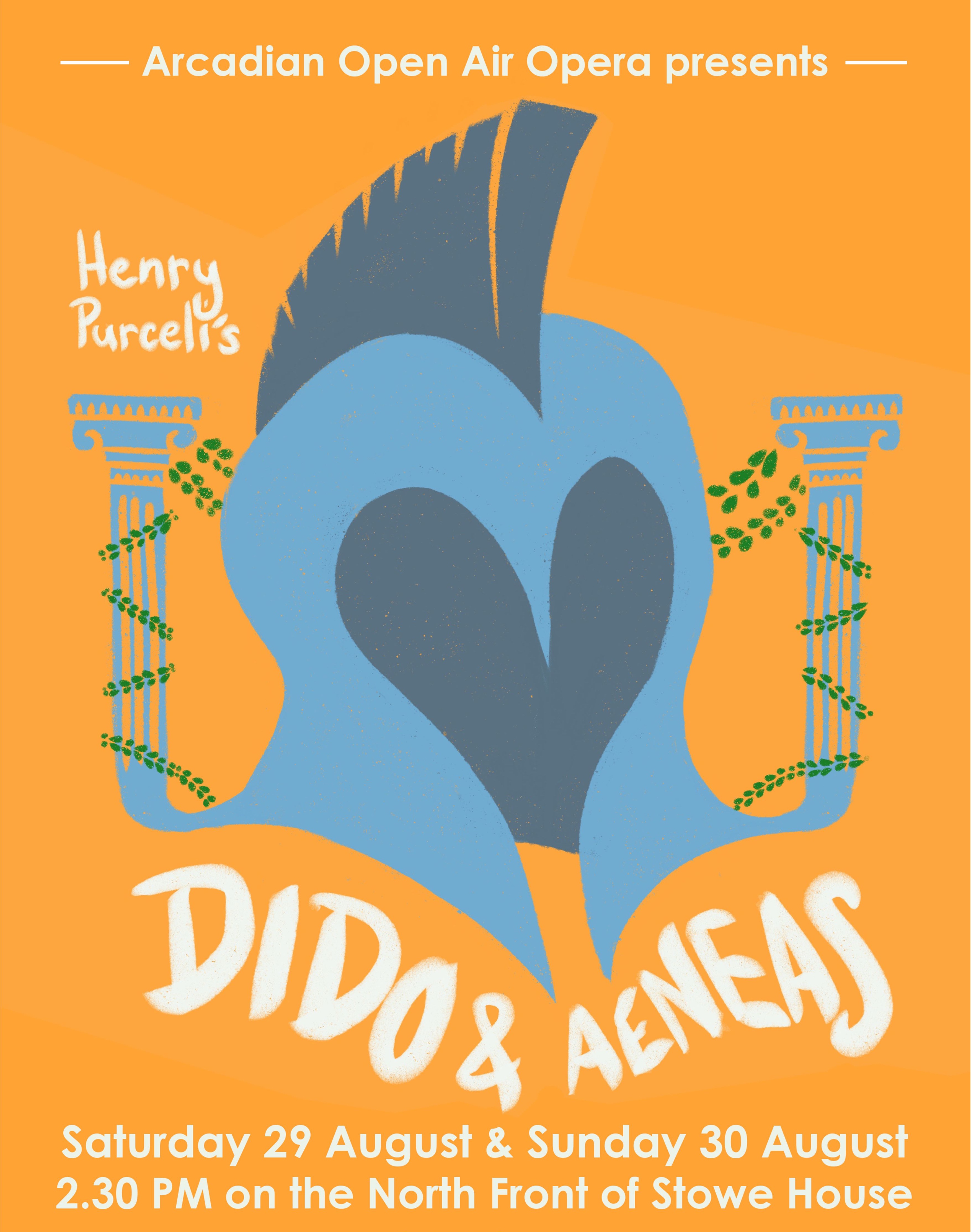 Arcadian Opera is very pleased to announce that they are bringing a production of England’s favourite one act opera, Henry Purcell’s  Dido and Aeneas, to Stowe on the August Bank Holiday Weekend.

On Saturday 29 August and Sunday 30 August 2020, at 2:30pm, we are performing our first open air opera on the Palladian North Front of Stowe House.  This sublime venue, the largest jewel set in Stowe Landscape Gardens, is the perfect place to perform Dido and Aeneas.

The audience are invited to bring picnics to the area near the North Front, and afterwards they will be seated by stewards at the correct distance from each other on the open air auditorium.  All the Government Guidelines on social distancing at open air events will be strictly observed.

We are thrilled to announce our cast, who have agreed to this venture at very short notice!  Please click on their names for more information.

The Lady in Waiting – Elise Fairley 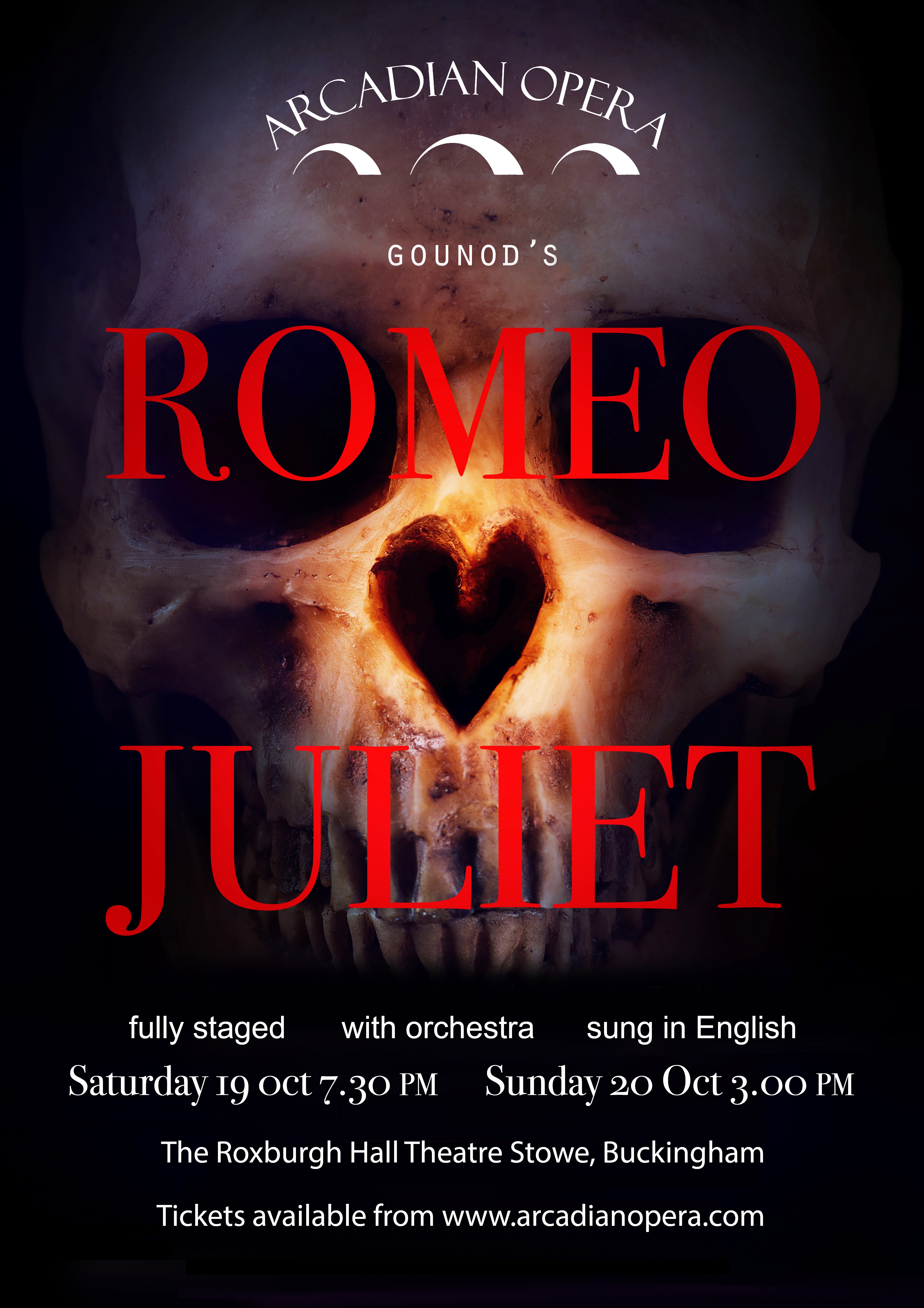 Although often overlooked owing to Gounod’s more famous opera Faust, written the previous year, his rarely performed Romeo and Juliet has exquisite music and is a mesmerising vehicle for the age old Italian story that Shakespeare made so famous. The opera libretto keeps closely to Shakespeare’s story with the addition of a trouser role – a popular theatrical conceit of the time.

Once again Arcadian Opera  employed established professional singers to sing the demanding lead roles in the opera and they were accompanied by the Arcadian Opera Chorus and Orchestra. Although current productions of Romeo and Juliet are more often than not updated, the set and costumes designed by Stage Director Ali Marshall, put the action back in the wild and dangerous times of fifteenth century Italy, when gang warfare was also a fact of life.

The Duke of Verona – Oliver Gibbs 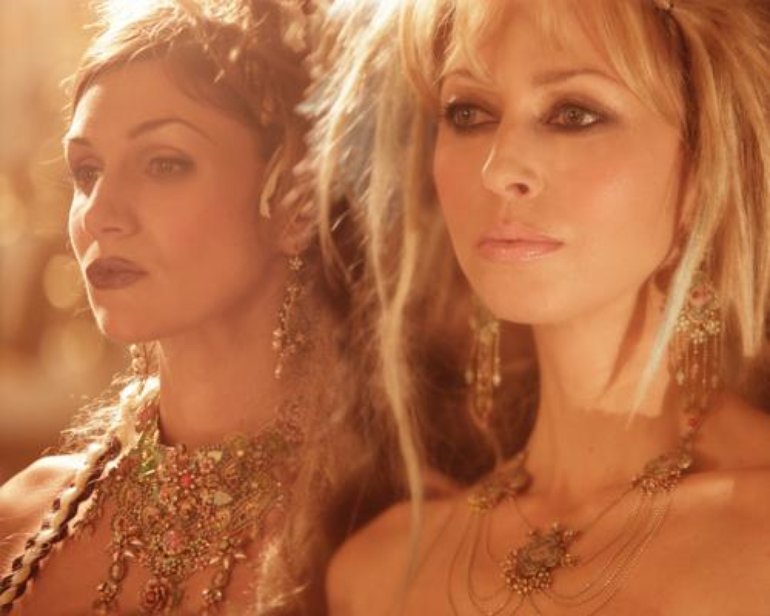 The Gala, held in the Roxburgh Theatre, Stowe, Buckingham on 4 May at 7:30pm included a lively selection of opera favourites.  The concert opened with a selection of pieces from the Magic Flute. The Opera Babes sang a medley of Mozart including pieces from Cosi fan Tutti.  There was also stirring stuff from Carmen and a beautiful piece from Saint-Säens Samson et Delila which accompanied the dancers in spring rites at the Temple of Dagon.

The second half of the Gala introduced the audience to Gounod’s often overlooked opera Romeo and Juliet, which the company will produce in full in October. The dancers then performed the Bacchanal, also from Saint-Säens Samson et Dalila.  The rousing conclusion was the the choral finale of Wagner’s Die Meistersinger von Nuremberg. 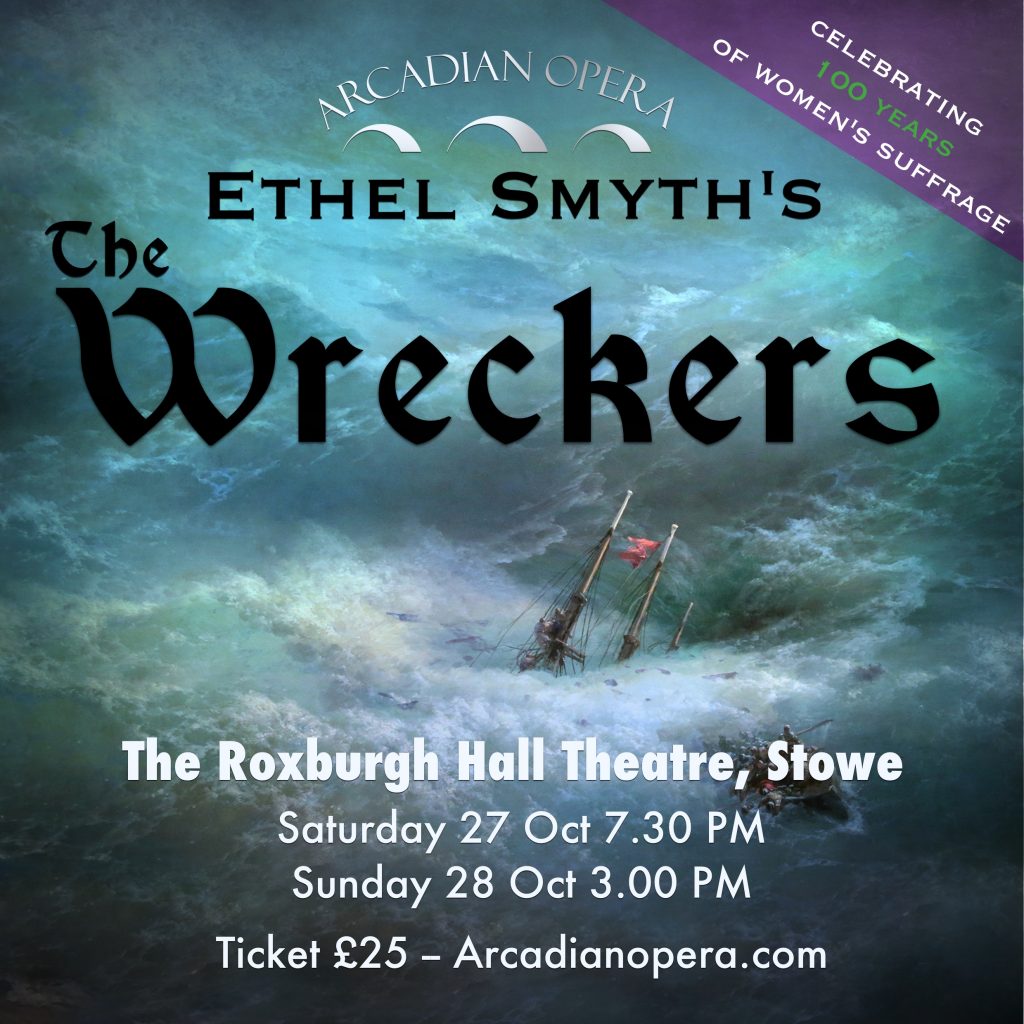 In celebration of 100 years of the beginning of women’s suffrage in the United Kingdom we performed Ethel Smyth’s The Wreckers on  27 and 28 October 2018.  For this we garnered several excellent reviews including from Opera Magazine and a four star review from The Stage.

Lawrence, the keeper of the Light – Ian Beadle 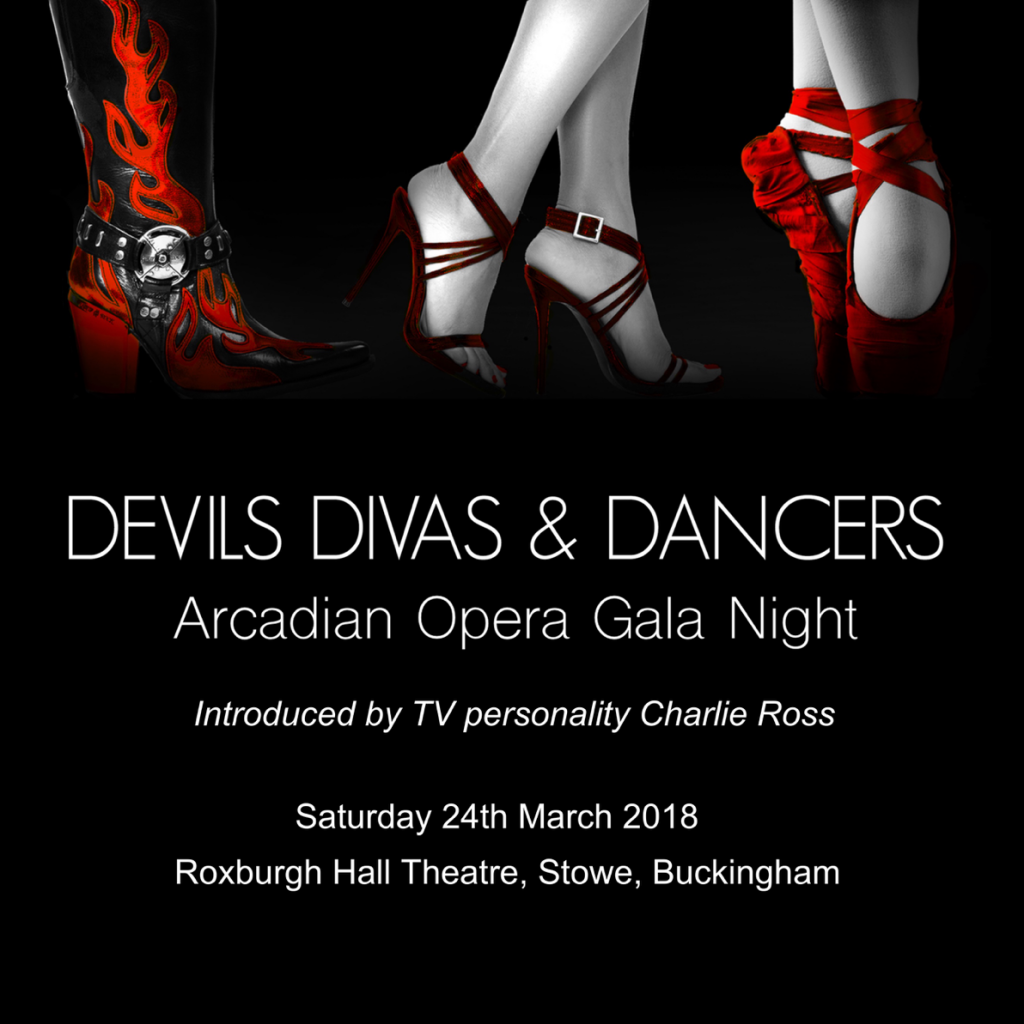 Hosted by TV personality and celebrity auctioneer Charlie Ross with: 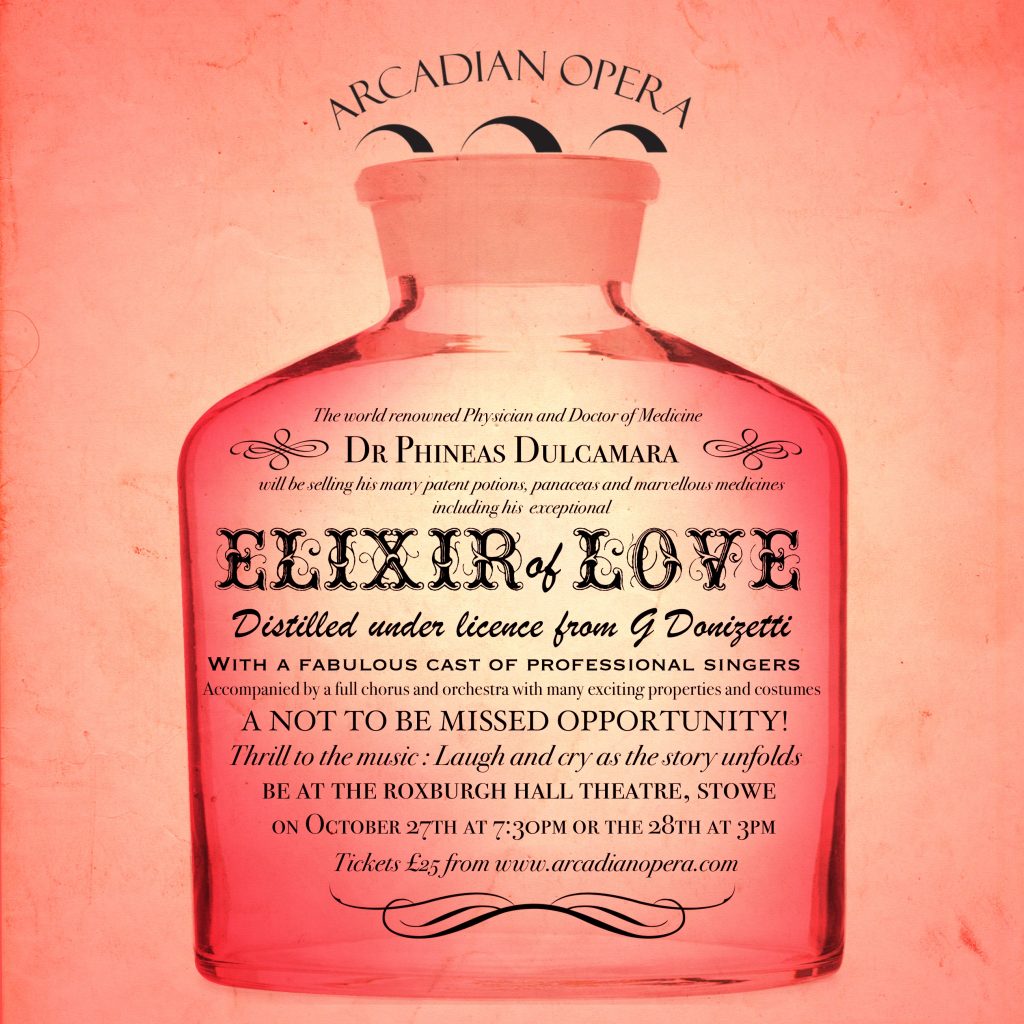 A vibrant production of this sizzling opera by Donizetti in a new translation by Musical Director Justin Lavender.  Going back to the original Italian with its whimsical jokes, Justin has written a lighthearted libretto which trips off the tongue and is thoroughly enjoyable for audience and singers alike.  Set in an imaginary nineteenth century English village to reflect the English translation, to complete the fun there is a cameo appearance by TV personality and celebrity auctioneer Charlie Ross!

Farmhands and their families played by the Arcadian Chorus 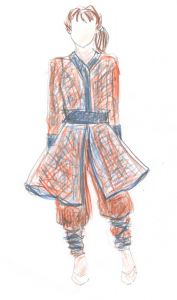 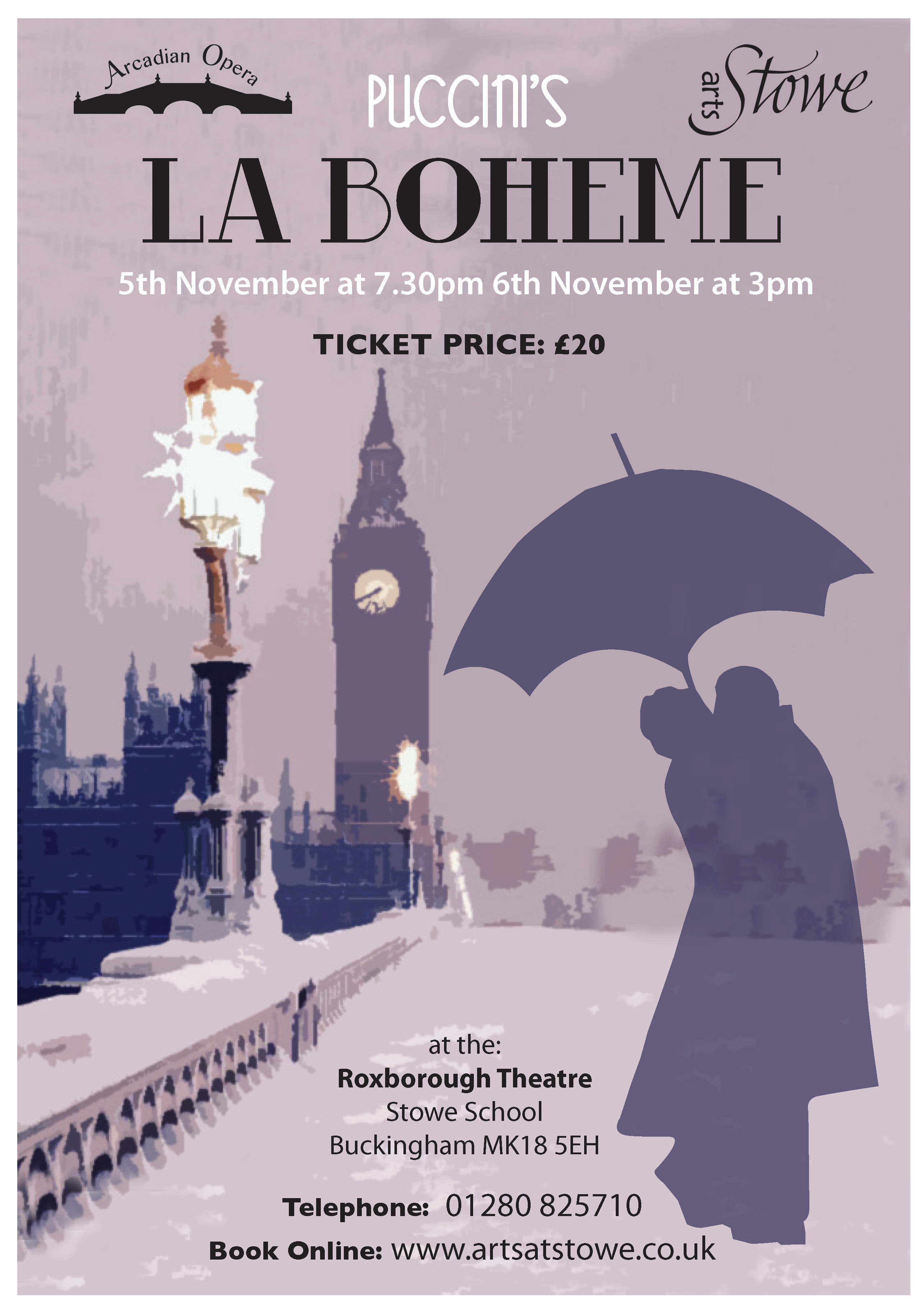 Puccini’s ever popular La Boheme is startlingly reimagined in Arcadian Opera’s first ever production for the Roxborough Theatre at Stowe. The struggling bohemians of fin de siècle Paris are transported to the fringes of the Bloomsbury group in 1930s London. Sung in English, with full orchestral accompaniment and a large chorus of talented local singers. 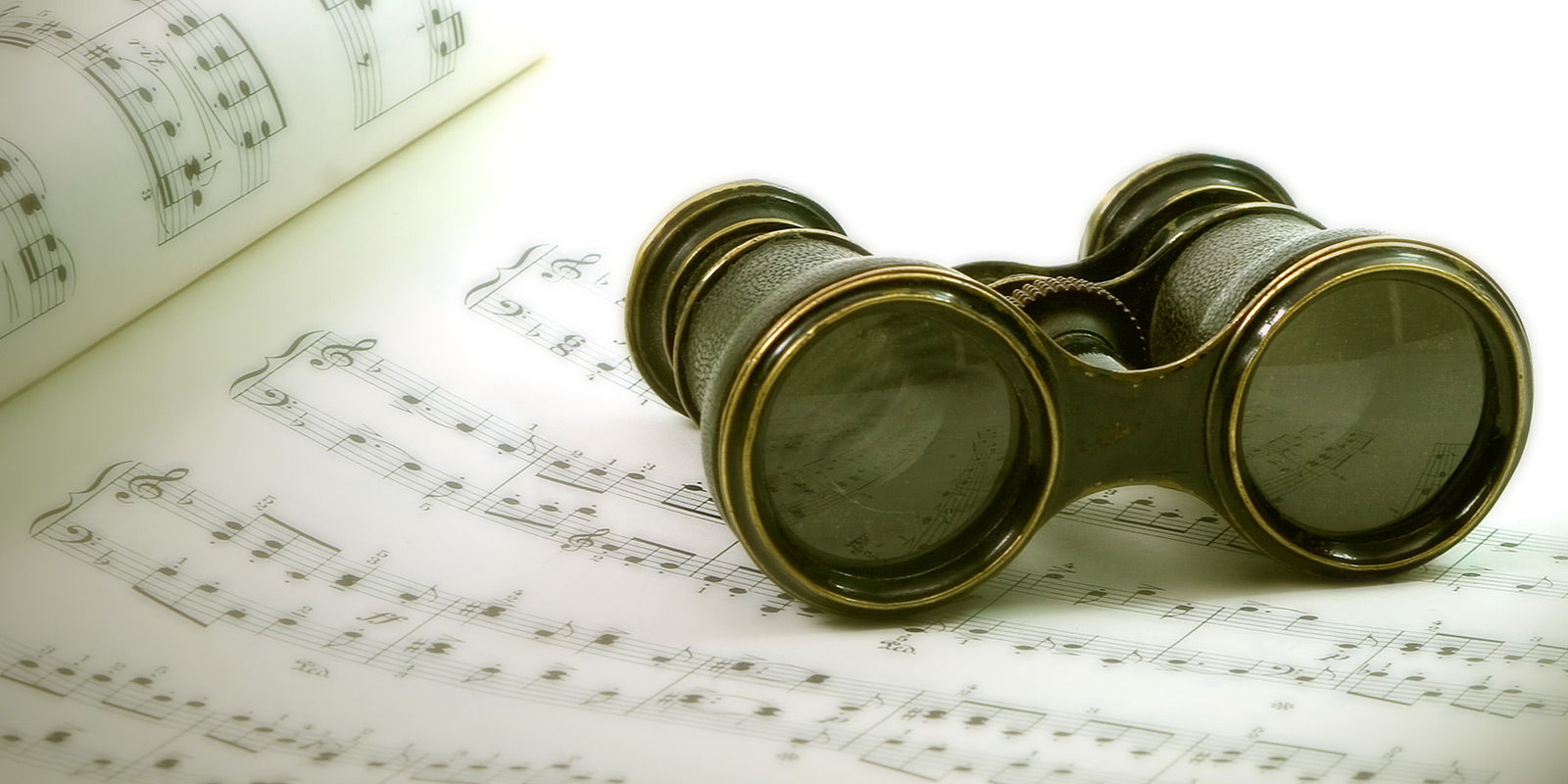 We are delighted to announce we will be performing our first Gala. It will start at 8pm and is in the The Ugland Hall, Stowe School. Performers will include Justin Lavender, The Opera Babes, Louise Crane, Stephen Gadd
By George | 16th February 2016 | Past Events
Read More