In 2016 Justin Lavender, the British tenor of international repute, and his  friend Alison Marshall realised their long held ambition to launch a new opera company. For several years they had worked successfully in partnership producing opera for other opera companies but often felt artistically compromised.  In 2015 Justin moved to Buckinghamshire and it became possible to establish a local company under their own direction.

The lack of any local opera singing groups was a strong incentive to found a company for opera loving singers at Stowe.  The establishment of Arcadian Opera has therefore provided an opportunity to sing opera as well as accessible but serious classical opera for local audiences. The company sings in English to enhance the understanding of the sung text in a belief that reading subtitles distracts from being able to concentrate on the performance.  In addition, by encouraging local children to join in the chorus work, Arcadian Opera hopes to bring the joy of opera to a new generation of singers.

To extend the remit of debunking the elitism of opera and encouraging new audiences Arcadian Opera encourages students from local schools to join us on an individual basis in both singing and acting roles.  Arcadian Opera also frequently introduces ballet in its productions as composers originally intended.  Production principals are usually drawn from the graduating students of the leading British conservatoires, while the orchestra  uses many local professional free-lance players.

The grand landscape gardens that surround Stowe House are in the English style designed to emulate the vision of Arcady so prevalent in the culture of eighteenth century England.  As Acadian Opera was founded specifically to perform at Stowe, the name seemed apt enough although it must be admitted that it is not a popular choice with all its Directors.  Owing to the Company having been founded at a meeting on the narrow boat Madrigal, the second choice was Grand Union Opera! 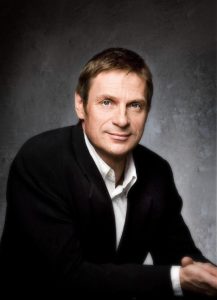 The word “culture” is not a dirty word, any more than the word “elite” is. But sadly it appears that very often one follows on from the other as naturally as day from night.  This attitude of “inverted snobbery” towards opera is what Arcadian Opera is hoping to dispel. The ethos of exposing all young people to classical music of all sorts: from string quartets to opera, should not be the preserve of anyone.  It is our common birthright and it should be a wonderful and nourishing part of ordinary life for all of us.

From such a well-spring as Arcadian Opera, may surely come the next batch of world-class singers.  Who knows? Some of our young singers might just want to take this further and sing for their suppers!  But it won’t be just a hobby –  they will have to really want to do it: burn to do it!  It will take every ounce of discipline they possess if they want to do it well, that’s for sure.  But why not?   A little hard work never hurt anyone!

Sir Simon Keenlyside is a British baritone who has had an active international career performing in operas and concerts since the mid-1980s.  He made his first appearance in a major operatic role in 1987 as Lescaut in Manon Lescaut at the Royal Northern College of Music. Opera magazine remarked on it being an “astonishingly mature” performance, and that he “used his warm and clear baritone with notable musicianship”. The Richard Tauber prize, which he won in 1986, allowed him to go to Salzburg for further study. His money ran out before he could finish his four-month term there, but Rudolf Knoll, a teacher at the Salzburg Mozarteum, gave him private lessons for free. Knoll encouraged him to work on the Italian repertoire while he was still young, and introduced him to the Hilbert agency which got him singing jobs in Germany. His professional debut as a baritone came in 1988, at the Hamburg State Opera as Count Almaviva in The Marriage of Figaro. 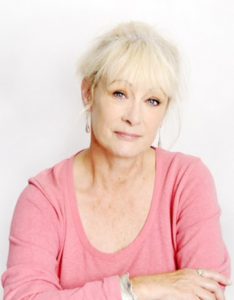 Alison Marshall initially trained for five years at the prestigious Tring Park School for the Performing Arts after which she studied for a further three years at the Royal Academy of Dance.   She then became a professional ballet dancer in Germany.  While there, ballet roles permitting, she would occasionally sing in the extra-chorus of the opera company resident in the same theatre. On retiring Alison resumed her vocal studies and went to University to Study History of Art. 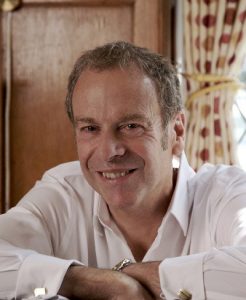 Justin Lavender was originally persuaded by Peter Pears and Benjamin Britten to abandon nuclear engineering for music. His international debut was as Nadir in Les Pêcheurs de Perles at Sydney Opera House. This success led to engagements with opera companies and orchestras throughout the world at the very highest levels. In 1990 he made debuts at the Royal Opera House, Covent Garden, singing the leading role of Arnold in Rossini’s spectacular masterpiece, Guillaume Tell, as well as at the Wiener Staatsoper as Tamino in Die Zauberflöte. His debut at La Scala, Milan, in the title role of Rossini’s Le Comte Ory came the following year, along with Demodokos in Dallapiccola’s Ulisse at the Salzburg Festival. 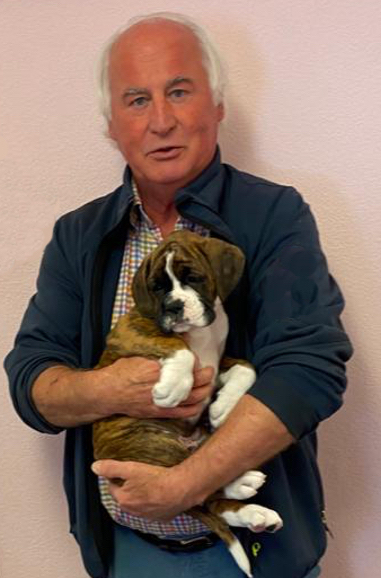 Paddy Marshall has been a keen singer since his first theatrical appearance as Peep Bo in the Kings School, Canterbury production of The Mikado, when he was thirteen.  Although he has spent his working life as a veterinary surgeon, first looking after the horses of The Kings Troop RHA and, latterly running his own practice, The Vet Centre, in Buckingham and Milton Keynes, he has always sung and performed with local companies.

In addition to this he has for many years been a Board Member and sometime Chairman of the perennially popular touring opera company Opera della Luna.  Using his vast business experience and his love of performance Paddy is the most recent recruit to the team behind Arcadian Opera. 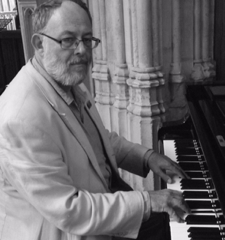 After growing up in Plymouth Peter read Music at Lady Margaret Hall, Oxford from 1982-85.  After graduating, he became the Printed Music Specialist for Blackwell’s Music Shop, a post he has held ever since, becoming internationally renowned as an authority on the printed music industry.

As a musician Peter regularly accompanies a wide range of local performers for recitals and festivals, and has recently been in demand as a coach for examinations and diplomas; as an accompanist for masterclasses and for numerous other musical tasks.  In addition to playing piano he also sings the choir of St Mary the Virgin (the University Church in Oxford), plays flute in orchestras and can occasionally be found playing jazz saxophone with a variety of Oxford groups.  Recently he has been in demand as a conductor working  with the East Oxford Orchestra, The Phoenix Singers and other local groups.  He relishes making music with other people, whether it be playing for a 7 year-old violinist for their Grade 1 or with renowned soloists at the highest level.